It’s sad news for the entertainment industry again. Mere days after the shocking demise of colossally talented director Mr. Rituparno Ghosh , the country woke up to the news of the passing of the actress Jiah Khan. More shocking was the manner of her death, for it was not  because of a disease or accident but sadly it was suicide. It was sad to know that a promising young actress who serenaded us with her vibrant presence onscreen would no longer grace the big screen with her charming smile and lilting voice.

The very word suicide was enough to put reporters and journalists all over the country in a tizzy. There were speculations about her actions (even though her suicide note was discovered days later), stories were run on every other news channel about her life as an actress, panel discussions were held on the ‘dark side’ of the entertainment world and so on. Obituaries were written and condolences were made. 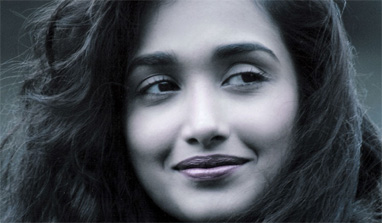 And then came the shocking revelation behind her suicide- her suicide note was discovered. That finally put to rest to the horde of conjectures made about her decision. But then it gave the news channels some new fodder to hold discussions over. For the reasons listed in the suicide note were nothing less than appalling . The reason which she gave for committing suicide were problems in her love life. Although she did not name the person, there were explicit references to her (unnamed) boyfriend in the note. The note in question was made public and later the boyfriend was taken into custody. And thus began the petty TRP- hording tactics of certain ‘news’ channels. It is not a hidden fact from anyone living in the country about the ridiculous measures certain hindi language news channels take in the name of news and journalism. A particuar channel, notorious for the rubbish it churns out, took things to an all new level. They had a full-fledged enactment of the suicide note wherein they had a hapless distressed girl playing Jiah and delivering  the lines of the note in an over dramatic fashion, reminiscent of a daily soap cliche. She clawed at walls, shouted her lungs out, flung things all over the room, pulled at her hair and whatnot. The performance, needless to say, was uncalled for and disgraceful . What may I ask was the need to enact the whole letter adding theatrical angles to a sad event that brings forth serious issues of increasing instances of suicide and harassment ? Maybe they found reading out the letter, as was done by other channels in a very dignified manner,  was a tad bit dry and thus decided to dramatize it to garner more eyeballs and stand out from others, however petty may be the means to do so.

A news channel is supposed to bring forth hard facts and not to sensationalize news, specially the ones dealing with really sensitive issues.  We have plenty of entertainment channels for that You want to stand out amongst your competitors ? Well bring in quality and sensibility rather than sensationalizing matters. or else drop the “news” from your channel name.